Gwalior has among the richest gourmets and cuisines of all cities in India today and this is linked to the rich diversity of cultural influences the city has experienced in the past. Evolution of Gwalior food is quite interesting. Gwalior Starting from the Gupta dynasty and moving on to the Sindiya and later the Mughals and British, each of the new cultures has left its mark on the Gwalior cuisine. Over the centuries the Gwalior has adopted the different food cultures resulting in a unique cuisine of the day. 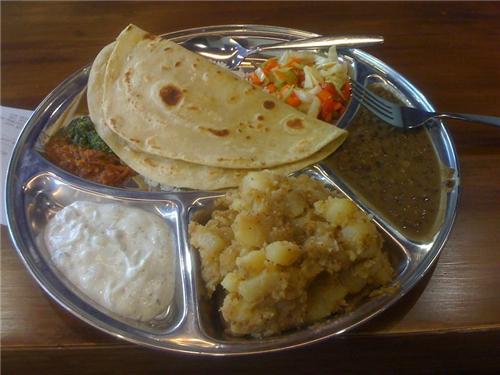 Pinpointing the popular food in Gwalior today is extremely difficult since several factors determine whether a dish is more superior or famous to the other. Eating habits are a major factor contributing towards the selection of the preferred food with Vegetarians having a different preference from non-veg lovers.Gwalior food is noted to mainly grain based due to the lack of adequate irrigations systems in the regions in the past. Although there are several river systems crisscrossing the city vegetables have never been a major staple in the Gwalia diet due to scarcity but have been included to the diet in recent years with increases irrigation and importation of the vegies from other regions. Unique breads made using different grains like millet; wheat and soya are commonly consumed in the city. Below are some popular foods found in the city. 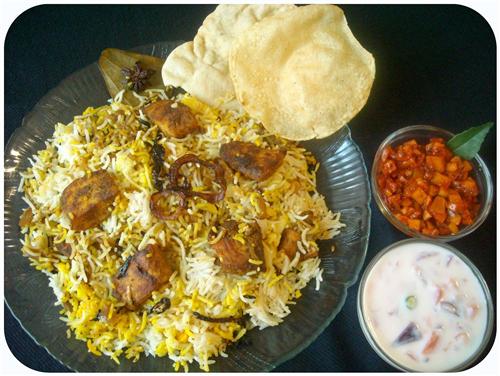 Poha: Flattened or puffed rice also known as poha is a famous editorials food or snack that originated from Gwalior. This dish can either be cooked or mixed with and assortment of vegetables before being consumed. The dish is mainly consumed for breakfast but when made as a snack can be consumed at any time of the day.

Paneer Pilaf : Gwalior Veg pilaf is also very popular across the nation. This dish was originally brought by the Mughal Empire but was made using meat. Vegetarians have since modified the pilaf by replacing the meat with vegetable to deliver to truly unique and taste dish.

Samosas and Katchories : Gwalior Samosas are regarded as the best in India today and many people will first stop to consumer the Samosas and Katchori at Gwalior before attempting to have any other meal. The samosas are made of a mix of potato and vegetables but the recipes vary from place to place and locals will usually have their preferred samosa joint.

Paneer or Cottage Cheese Paranthas : One of the most popular foods in Gwalior is the paneer Parantha. The dough can be made using a wide verity of grain floor thus delivering a distinct flavour to the paranthas made in the city. The paneers is then grated and used as a stuffing in the parathas resulting in a truly delicious dish. The dish is accompanied with curb and pickles; it is mainly consumed for breakfast thus delivering a heavy meal before starting a day’s work.

As mentioned above you taste buds and eating habits will determine which kind of food you prefer eating. A non-veg will always prefer consuming non veg meals as opposed to veg meals. For the meat lovers Gwalior has several popular meals to offer. 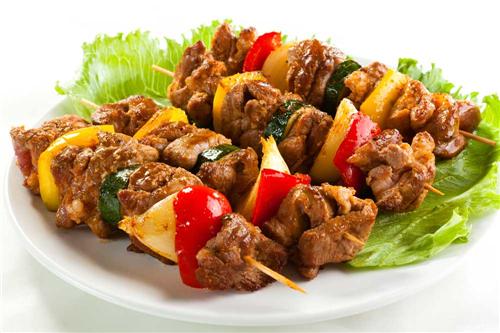 Meat kebabs and seekhs : Of the non-veg meals Gwalia Kebabs are the most famous and most consumed by people from the city as well as those passing through. The kebabs are made of marinated mutton which results in the kebab acquiring a unique taste. Each restaurant will have their own speciality thus resulting in some very interesting kebab flavours that are unique to Gwalior.

Meat Biryani: Gwalior also has a unique tasting Biryani which has combined the different cultural influences from the past to result in a truly unique dish. Gwalior biryani is made using either chicken or button but to get the real taste of the best biryani you need to venture in to the Jamia masjid area where you will come across many stalls near the masjid where you can enjoy the taste of famous biryani foods of Gwalior.

Godoroo Meat Stew : Godoroo is a meat stew which comes with the Mughals and a Persian food. The dish is simply made by boiling mutton for several hours in spices and salt will the meat separates from the bone. No additives are used to cook and break down the meat resulting in a truly succulent meat dish which is extremely tender. Like the meat biryani you need to venture in the Jamia Masjid areas to be able to get the Godoroo. The dish is best consumed with naans baked at the same restaurants selling the meat dish, but also goes well with rumali roties which will also be available at the same location.

Of all the foods Gwalior is popular for the sweets produced in the city are most famous. There are several different sweet unique to the city and exported across the nation which must be consumed while in the city. Below are some popular sweets of Gwalior 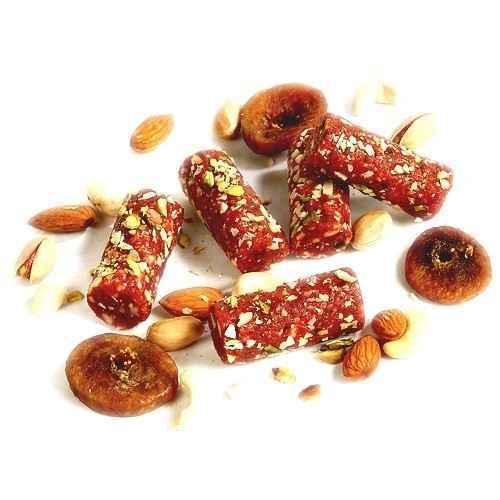 Anjeer role :The Anjeer role is sweet make using dates are the base for the interior of the sweet thus delivering a date tasting sweet. The Sweet I famous in Gwalior and most people visiting the city will buy the eating as well as gifting them to friends or family. This sweet is said to originate from Gwalior but has today spread too many other cities in the state.

Anjeer Khash Khash role: This is another date flavoured sweet which also originated from Gwalior. This sweet also incorporates dry fruits and sesame seed on each of the sweet to deliver a richer and more aromatic flavour and texture while being eaten. The sweet has also found its way to other cities but to experience the real taste of the original sweet it must consumed from Gwalior.

Sev or Bujia: Gwalior has also managed to create a unique tasting Sev or Bujia which is famous in the city and to visitors. The Sev is made from a combination of grain floor resulting in a bright yellow and mouth-watering Sev unlike any other found in India.

European Foods in the City

The past decade has seen several European food chains also infiltrating in to the city and taking many of the residents by surprise, especially the younger generation. McDonalds, Pizza hut and Dominoes are all names that are famous in India today. Besides the major food chains the influence of European and chines foods can be seen across the city where by most restaurants have included the meals to their menus.

Any person will tell you that street food in India is delicious if you know where to get it. There many places to enjoy street food in Gwalior but there’s a trick to identifying the best joints to eat at. For a new people visiting the city the best places to locate the best street food would be around the shopping areas of the city. They attract large numbers of people but at the same time you need to prioritize visiting the crowded stalls as they will serve tastier foods.Many stalls are very clean and serves popular street foods for the satisfaction of local residents.

Finding the best Foods and Restaurants in Gwalior

For people new to the city it’s important to learn how to search for the best foods and this is where the role of internet comes into play. Rather than ask people regarding the different places to visit its best to consider getting the information from the internet where there lots of publications and reviews offering the information. This delivers more accurate information and allows you to plan your dining excursion in better manner thus ensuring you experience Gwalior food at its best. When visiting any city it’s advisable to make sure you enjoy the local cuisine since Western and Chinese foods are found across the country. 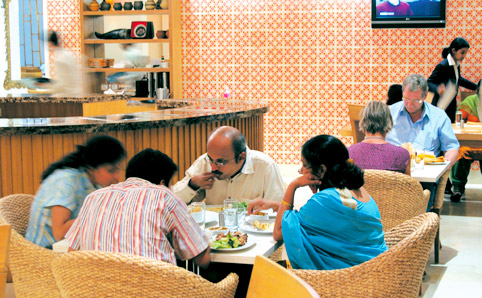 Some popular dhabas in the city include Prince Mama Dhaba, Rituraj Dhaba and Chodhary dhaba. They are quite famous in the city but you need to be prepared to stand in line as there most probably going to be a line of people ordering the food. Alternatively you can visit between 10 to 12 am or 3-6 pm to beat the rush hour. There also several other famous dhaba on the Agra – Mumbai road outside Gwalior but the choice to select from within the city is vast and you may not need to go far before locating a popular local place to eat.

Gwalior has a rich history of foods passed down the generations and modified to include different cultural trends. This has resulted in among the best food cultures in India today so experience these food first hand is something each person must make sure to do while visiting Gwalior on holiday or for business.