Business and Economy of Gwalior

Business plays and important role towards the development of any city and Gwalior is no exceptions. The city has developed to deliver robust business and economic benefits to the city residents. Business is a major player towards the economy of any city and below an outline of the main businesses in Gwalior shall be discussed. With business man people take in to consideration the large companies but it’s important to also keep in mind that the cities cottage industries also plays an important role towards economic growth. Below we shall be outlining each of the different sectors and how it contributes to the economy.

History of Business in Gwalior

Gwalior has been an important economic district of Madhya Pradesh for centuries with kings and rulers targeting the district for its riches. Traditionally the city was mainly revered for the fort which offered protection from invasions and the districts main economic driver was agricultural produce. The region is popular for the production of several crops and food grain as well as dairy products with many farmers specializing in certain forms of agriculture over the years. Today the economy is driver by agriculture as well and manufacturing as shall be outlined below.

Agro based Industry in Gwalior

As mentioned above Gwalior is a major producer of several agricultural products. This has led to the setting up of several processing units which sorts, grade and package the produce and retail or export it to other parts of the state and country. The agricultural produce is mainly produced in Gwalior district but shipped to dealers within Gwalior city for the processing process. Gwalior produces grain, fruit, vegetables, medicinal plants, fodder crops and animal husbandry.

Gwalior processes and packages food grain from across the district, Gwalior district produces Paddy, Bajra, and Black Grams, soya beans, Wheat, Chick peas and mustard. The grains are purchased and processed by specialists who ship the products to buyers who require them. Grain production is a major income generator for farmers and grain dealers from the city and district.

Another important farm product from Gwalior is fruits, the region produces large amounts of Mango, Guava, Lemon, Papaya, Bal and Amla but the production of Bananas is also on the rise. The fruits are processed and packaged at Gwalior city and shipped to other parts of Madhya Pradesh as well as across the country for consumption.

Another important type of crop produced in the region is medicinal and Aromatic based crops. These crops are mainly produced for use in the production of medicine. The region is famous for the harvesting of the crops from the nearby forest but recent years have seen the forest department working with farmers to cultivate the crops on farms thus helping reduce the pressure on the forests. Medicinal plant cultivation also yields more income for the farmers then many grain crops thus growing in popularity in recent years.

Vegetables play and important part in each diet and with the majority of Gwalior resident’s vegetarians the demand for different vegetables is high. Modern farming methods and the use of modern equipment has led to the increase in production of potatoes, onion, cabbage, cauliflower, tomatoes, garlic and ginger among several other vegetables. The majority of the vegetables is required for daily cooking needs and with modern techniques of farming productions is on the rise.

Besides food from there are also several farmers specializing in fodder crops for animal consumption as well as tree productions for timber needs. These are fewer but also play and important role towards the generation of income and employment for residence in the region. 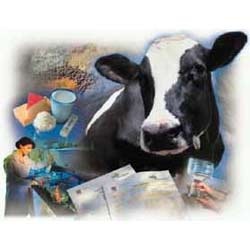 Animal husbandry also contributes immensely towards the economy of Gwalior with the productions of Dairy and meat products which are consumed in the city. With a population of 13 lakh the city has a healthy appetite for milk and meat products. Gwalior produces and processes milk, cottage cheese and curd which are shipped to all parts of the district. The regions also have several large poultry farms which produce eggs and meat which is supplied in the region and which generates a large amount of employment in the regions.

Mineral Mining and Production in Gwalior

Gwalior is also a major producer of certain important minerals found in the region. Limestone, marble and fire clay are the main mineral mined and processed in the region. The majority of the minerals are shipped in to Gwalior city for processing and packaging before redistribution to other parts of the country. The mining industry caters for millions of jobs for the resident of the regions producing the minerals.

Gwalior may not be famous for its industries but the city is a major producer of Electrical transformers which are shipped across the state. The electrical transformers components are manufactured in the city by several producers and assembled before shipment and use, the city also popular for its production of transform repair parts which are shipped to different cities across the nation.

As the population of Gwalior increases so is the number of residential and business premises. The constant construction means each property needs steel door and window grills. The industry also contributes towards the employment in the region which is constantly growing as the number of properties being developed increases. Gwalior does not produce steel but imports the steel from other regions; never the less the steel fabrications still contribute immensely towards the economy of the city.

Paper of a commodity used in every office and school thus making is an important product produced in Gwalior. Although Gwalior process a small amount of paper as compared to other regions it still helps creating employment for thousands of people from the city and its environs. Paper production is mainly done from waste paddy straw which is processed in to paper.

Wood Productions and Processing in Gwalior

Some the finest quality wood work in India originates from Gwalior due to its close proximity to thick forests. The wood production and processing industries are robust in the city with many wood craftsmen being in the trade for centauries resulting in perfection. The industry also contributes towards creating employment and the cities economic development and growth. 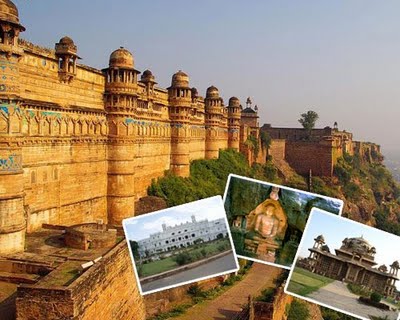 Gwalior also sees a large amount of tourist visiting the Gwalior fort from the state and country as a whole. This industry also contributes immensely towards the economic statuses and creation of employment for those people depending on the trade. Many handy crafts are produced in the city as a result of this thus helping generate income for people living and working near and around Gwalior Fort. There are also several other historic places which tourist visit thus helping generate income for people of the city.

Gwalior also experiences a large influx of travelers and tourists visiting the city on short term basis which spikes the demand for hotel accommodation. There are many hotels and bed and breakfast businesses set up in the city which contributes immensely towards creating employment as well as boosting the economy. You will be able to find hotels catering for each person’s budget thus making it an important industry to Gwalior as well. There hotels are also available on the main highways leading to Agra and other major cities thus catering for all travelers using the different highways passing through the city of Gwalior.

The number of industries contributing towards the uplifting of Gwalior’s economic state is constantly on the rise and growing. As the number of people in the city increases so does the need for the residents to create new ideas and adapt to new skills to generate an income. Recent years have also seen an increase in BPO companies which currently specialize in domestic call centers but this is just a stepping stone and the future will see even international Call centers being set up.

Gwalior is an economic vibrant city with the people always open to the prospectus of setting up new ventures with the hope of generating more income. Gwalior has always been optimistic towards being economically stable and self-reliant thus making the city play and important economic role towards Madhya Pradesh’s economy. Industry and the general economic state of the city is projected to grown in the future and one thing remains clear they there is still lots of area to expand in in the cities industry.