Gwalior is administrative headquarters of Gwalior district and division of Madhya Pradesh. The city is famous for its historical heritage and located 263 miles south of Delhi, the Capital of India. It is located in the Gird Region of India and famous for the Gwalior Fort. The city was ruled by Tomaras after which it came under the rule of the Mughal Emperors and back to the Marathas and Scindias in 1754. 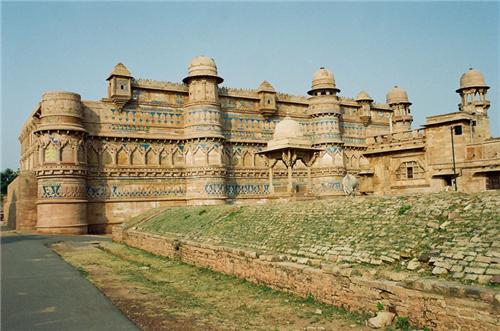 The historic city is located 423 km away in north from Bhopal and comes under the administrative district of Gwalior. This city is spread over an area of about 289 square kilometers while district has an area of 5,214 km². The city plays and important role to the region as its home to the administrative head offices for the Chambal division, housing the High Court, Office of Narcotics, Accountant General, President Board of Revenue, Transport Commissioner, Commissioner of Land Records and Settlement, Excise Duty Commissioner, and National Cadet Corps among several other administrative offices.Gwalior is also home to a major Indian Air Force Station and has and Indian Arm Cantonment, Central Intelligence Bureau HO. The city is also surrounded by a major industrial zone responsible to the productions of several different products from the city.

Origin of the name

Legend speaks that a chieftain Suraj Sen who was prince from the Kachhwaha Rajput Clan in the 8th century lost his way inside the jungle of Gwalior. While finding his way out he come upon a Sage name Gwalipa from whom he asked for water to drink. Gwalipa led him to a pond where Sen drank to quench his thirst but add to his surprise the water not only satisfied his thirst but also helped cure his leprosy. On asking the Sage Gwalipa how he could show his gratitude for curing him the sage asked, for a wall to be built to protect him and other advisers from wild animals while performing their medications and prayer.Prince Sen build the wall and later build a fort naming it Gwalior to commemorate the sage Gewalipa.

Gwalior is located at 26.22°N 78.18°E.[8] in northern Madhya Pradesh 300 km (186 miles) from Delhi. It has an average elevation of 197 metres (646 feet). Most part of it comes under Bundelkhand area. Gwalior has a sub-tropical climat and its climate ranges from 360C(Maximum) to 90C(Minimum) during winters.While during summers from late March to early July temperature ranges between 480C (Maximum) to 240C (Minimum).The city also experiences the rain immediately after the hottest months. The rainy season lasts between June and Sept when it temperatures begin dropping. Read More........

Economy and Industrialism in Gwalior

Gwalior has been a hub of business since ancient times; even now Gwalior is one of the best cities in India to start a business. The economy has been rising ever since the town was first established. So, this explains why so many Indian and also foreign companies start their business in Gwalior instead of any other business-friendly city. Today the city is home to many small scale handicraft industries. Read More.......

Popular Places to Visit in Gwalior 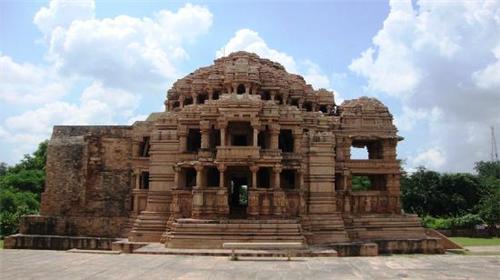 Gwalior with its rich historical and monumental remains one of the best cities to visit in Madhya Pradesh and India. Whenever planning to visit this famous part of central India do not miss to visit famous architectural and historical monuments dating back to ancient and medieval era. They serve as prefect example of the greatness attained by Indians during those eras of history.

Gwalior is linked by Road, Rail and Air and well services by each of these transport modes.  Gwalior is connected by 23 express trains which are among the largest number of express trains passing through one city. There are also several other local trains services the city and local environs. Gwalior airport also known as Rajmata Vijya Raje Scindia Vimantalis well services by several domestic airlines and offers the highest standards in the industry. Gwalior is well connected to Madhya Pradesh by road since the majority of cargo is shipped to the interiors by road. The Agra – Bombay road (NH3) passes through the city thus offering a major road which connects the city to many others in the region. 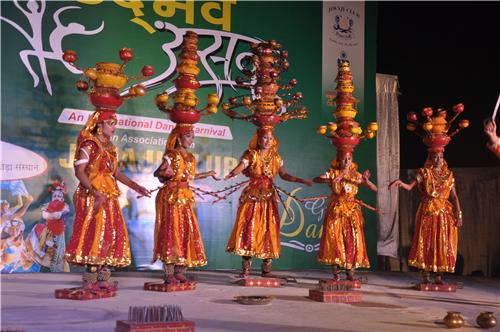 Like any other place in India, even Gwalior has a very rich culture. In fact, in 2005 it was added in the Guinness Book of World Records for the largest indoor mural. The Tansen Festival here is famous world-wide. It is organized in the month of October/November every year. Many dances like Ahiri, baredi are from here, these folk dances can be seen in the Tansen festival and many more festivals of Gwalior. Musical instruments like Dholak, Mradang, Dhapli, Ramtula, Jhanz,Manzira, etc. are used in
this dance.All national festivals like Diwali, MakaraSankranti, Holi, Onam, and other local ones like AhilyaUtsav, Ganesh Utsav and Nag-Panchmi etc. are also celebrated here.Every year thousands of folk artists throng to Gwalior to take part in famous Udbhav Utsav-An International dance carnival which reflects the taste of the region and its association with folk art forms. Gwalior also celebrates Rang Panchami quite differently. This is celebrated like the festival of Dulendi. Read More.......

Explore the local bazaars of Gwalior to find and purchase traditional handicraft items. From Laskar, Rajwara and Patankar Bazaar you can purchase art and craft items like wall hangings, dolls, lacquer ware, handwoven carpets, and stone studded jewelery which make good gifts to carry home. Take home beautiful Chanderi sarees available everywhere around Chowk at Bara. From Mrignayani state government run emporiums you can buy dokra figurines, tribal jewelery, hand-woven sarees and fabrics.Gwalior also offers a large number of shopping malls as well as open markets which offer a great experience while shopping in the region. There are many markets also offering local products and cuisine which can be enjoyed while in the city. Read More........

Gwalior at a glance